Canadians don’t trust Hillary Clinton, but would vote for her: Ipsos poll

Half of Canadians don’t trust Democratic nominee Hillary Clinton, but a slight majority of them would still vote for her, according to a new poll.

Canadians are subjected to a media even more liberal, more spoon-feeding and more patronizing than even our American friends. Corporate media in Canada is led by its state broadcaster, the Canadian Broadcasting Corporation.  Between the influence of American media, which is broadcast in Canada and liberal and neo-con Canadian media (who are aligned with the same message), Canadians could be forgiven for being incapable of making informed choices. So it’s a miracle when you can find the odd Canadian with even two brain cells to rub together. 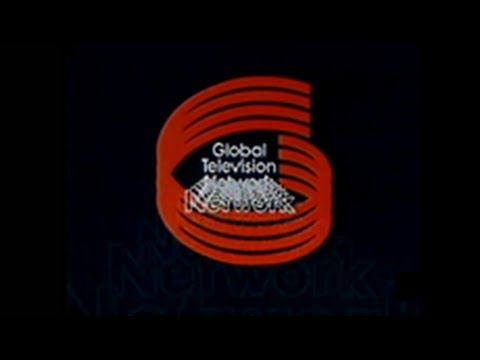 An Ipsos poll for Global News found that 51 per cent of respondents would vote Clinton if they could vote in the U.S. election. This is far more than the percentage who said they would choose Republican Donald Trump – 13 per cent.

These numbers may be factual. Canadians are viewing fawning coverage of Hillary. Listenership of pro-Trump American talk radio into Canada is extremely limited. Because of restrictions (i.e. censorship) imposed by the Canadian Radio-television and Telecommunications Commission (CRTC), political discussion on Canadian radio is extremely limited. Daytime talk radio in Canada consists of happy talk, what you think of other drivers and irrelevant fluff of that nature. 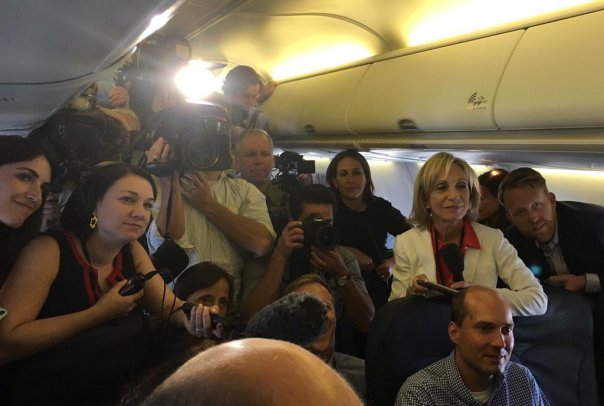 According to the poll, more people would abstain from voting entirely or choose a third party candidate than vote Trump. One in five people said they would stay home.

So, what? Pretty much no change from the way things are right now? In the 2015 Canadian federal elections, enough disenchanted conservative-minded Canadians stayed home, allowing Liberal pretty-boy Justin Trudeau to take office. What we have been witnessing for the past decade (at least) in Canada – and until November 8, 2016 in the United States – is two sides of fascism: The A-team and the B-team. Harper was the A-team and Trudeau was the B-team waiting in the wings. Canadian voters were entertaining the idea of voting NDP. Unfortunately, NDP leader Thomas Mulcair managed to implode in the past few weeks of the campaign. Ironically, Mulcair, who is the leader of Canada’s socialist party was the only leader pledging a balanced budget.

Half of Canadians don’t trust Democratic nominee Hillary Clinton, but a slight majority of them would still vote for her, according to a new poll.

This proves the need for an I.Q. test at the polls. Along with proof of citizenship. Our American friends would be surprised to realize that photo identification (such as a driver’s license or a provincial health card) is mandatory in order to vote in Canada.Unfortunately, corresponding proof of citizenship us not. This article was posted on the morning of the U.S. election. Clinton supporters wanted to be part of a celebrity cult and would vote for her no matter what.

CEO of Ipsos Public Affairs Darrell Bricker thinks that this could indicate dissatisfaction with the choices. “It’s not like there is a particularly inspiring choice like a Barack Obama on the ballot,” he said. However, he points out that 32 per cent of Canadians decided not to vote in their own election in 2015.

Ah, yes. Barack Hussein Obama. The man who would restore hope. Lift black people out of the ghettos. Tape the constitution back together. Restore hope. The Nobel peace-prize winner. Remember that guy? 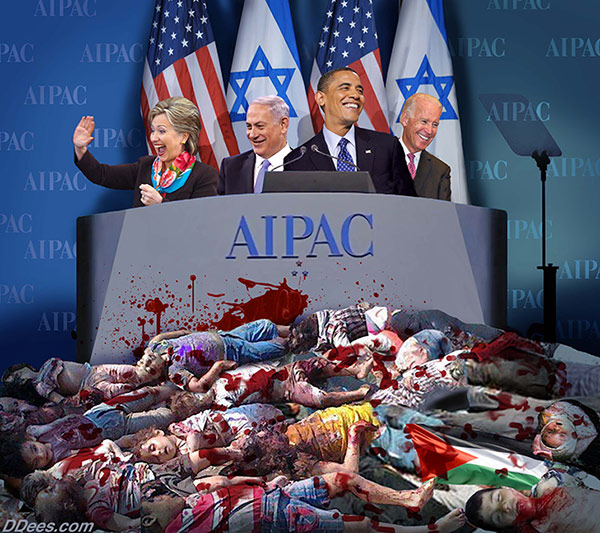 Bricker claims “32 per cent of Canadians decided not to vote…” Wrong. One-third of Canadians concluded voting the lesser of two (or three) evils is a really stupid way to run a country. And under the Canadian parliamentary election system, voters do not get to vote for the prime minister. They vote for their local member of parliament, who is a member (in most cases) of one of the three parties: Liberal, Conservative and New Democratic Party. Voters who may have been inclined to “vote for” one of the party leaders may have been forced to vote for a totally incompetent or otherwise unsuitable fool who is running under that party’s banner in the voter’s own district.

A special election is being held at the provincial level in Ontario’s Niagara region. In Niagara West-Glanbrook, Tim Hudak, who led the Progressive Conservatives to their disastrous defeat in 2014. The P.C.s have fielded 19-year-old Sam Ooosterhoff. Little Sammy is parotting the very religious right, “socially conservative” neo-con nonsense that P.C. Leader Patrick Brown is trying to distance himself from in the first place.

As a result, Niagara West-Glanbrook voters who would otherwise be inclined to show their support for Mr. Brown and the Progressive Conservatives will be forced to stay home. .Or vote for an incompetent 19-year-old candidate.

Trump just rubs a lot of Canadians the wrong way, said Bricker. “Tolerance is one of those things in Canada that we see as being really, really important. If there is a defining element on how Canadians feel about their country and their values, tolerance is a big part and to them, he’s come across as a very intolerant candidate.”

It looks like our American friends were even less tolerant of the Clinton corruption machine, the endless Clinton scandals, the Clinton bought-and-paid-for corporate media and its fawning coverage, the Bush-Clinton dynastic pendulum, leaving the door wide open to invaders from Mexico, as well as the middle-east, the decimation of manufacturing, the looting by banksters and the outright criminality of Missus Clinton.

Whatever the outcome, Canadians are watching. Fifty-eight per cent of respondents said that they were closely following the election. “It’s pretty compelling television,” said Bricker.

That’s great. Maybe they’ll get some ideas in their little heads in time for the next Canadian election. Somebody get Kevin O’Leary on the phone. 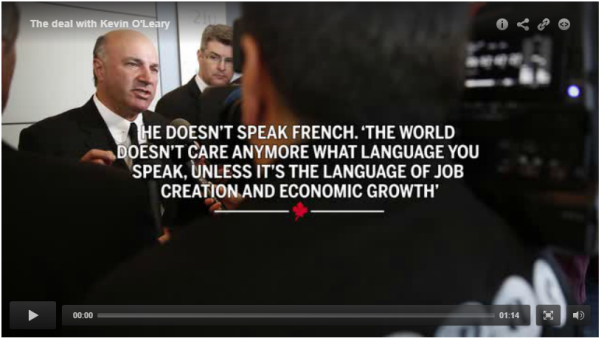 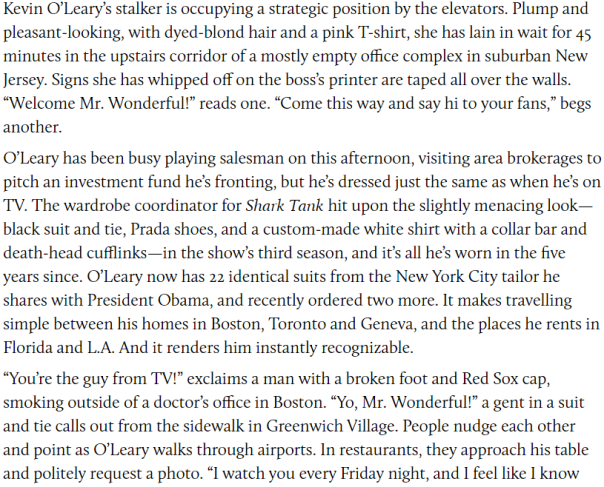 News media has been following the ups and downs of the campaign, but it’s also dominating social media, he said. “You’ve got people doing and saying things in national politics in the United States that normally you would only see out of very extreme candidates.”

Oh, Really? Did I miss something? Did corporate media report on Hillary Clinton gloating about getting a client “off” after raping a 12-year-old-girl? Did they talk about how she treated her secret service agents (i.e. Marine One, sunglasses, limo)? “We came, we saw, he died?” Her contempt for her supporters? Her common use of the word “nigger?” 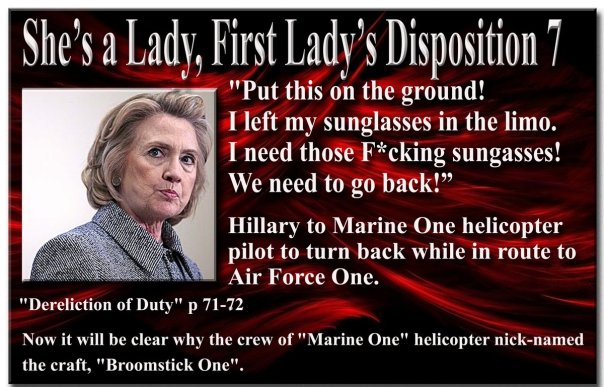 Exclusive Global News Ipsos polls are protected by copyright. The information and/or data may only be rebroadcast or republished with full and proper credit and attribution to “Global News Ipsos.”