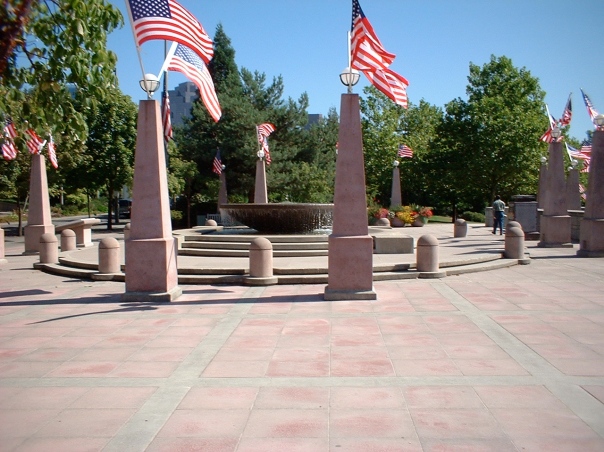 It’s a giant Eff-You to everybody who has screwed things up for the past half-century.

The multi-millionaires and billionaires in Hollywood promise to move to Canada, Australia, New Zealand or anywhere else white people can still be found (anywhere but Mexico, eh?). Barbra Streisand is moving to Canada. Bryan Cranston (Malcom’s dad) is moving to Canada. That’s okay. Your humble correspondent happens to be a Canadian married to an American. However, he will be an American in time to vote for Mr. Trump’s re-election. Provided he does a good job, of course.

I am a man, not a slave Prime Minister Trudeau. I will NOT be ruled over by your self-appointed elitist friends who gather every year in Switzerland, the German Alps, Monaco or wherever else they can feel safe from the masses. I am not your slave! America has turned a corner and I am going to be part of it! I refuse to enable your corruption. I similarly refuse to enable the corruption and outright criminality of your Liberal sister at Queen’s Park, Kathleen Wynne. I’m not paying your income taxes. I’m not paying your carbon taxes. I’m done paying the highest electricity rates in North America, if not the entire planet.

The best things Hillary Clinton, William Jefferson Clinton, Chelsea Hubbell, the Bush Crime Family, the Obamas and everybody who has cheated and looted the American people could do right now is just leave. Head for Panama, Andorra, israel, anywhere that doesn’t have an extradition treaty with the United States. And take the war-mongering defense industrial complex, the NSA, the TSA and the IRS with you. Please, just…get out.

One can only hope that, on day one in office, Mr. Trump learns just how corrupt things really are. The “conspiracy nuts” were right. Yes, the U.S. government really is shipping in the drugs. When Trump said Hillary Clinton created ISIS, he couldn’t possibly realize how right he was. And then there is the “federal” “reserve.” Mr. Trump needs to round up the largest C-130 the Air Force can spare, fill it with as many bodies as it can hold, and sent it in the direction of The Hague.

There are so many entrenched, corrupt interests that need to be decapitated.

And the Ron Paul treatment not having worked, we have a message to the New World Order who may feel their only option left is the JFK/RFK treatment: Don’t even think about it.

And, Mr. Trump, just in case Mrs. Clinton and her enablers don’t leave the United States on or before 12 noon on January 20, 2017, DON’T FORGET TO:

Just a friendly reminder: Missus Clinton and her co-conspirators need to be indicted in order to be pardoned. Blanket pardons for crimes they “may have committed” are illegal. Ford’s pardon worked because nobody challenged it. That won’t happen this time.

And don’t forget to hold the Surrender Republicans’ feet to the fire. Tell them, “No more! No more getting along. No more crossing the aisle so the New York Times will say nice things about you.” The New York Times. the Clinton News Network and the rest of the corporate media liars: you are toast. You couldn’t tell our British friends to remain in “Europe.” You couldn’t keep your word and assure your dwindling readership that Trump would never be nominated. And now, despite all your efforts, your new president is Donald J. Trump. Your advertisers are probably asking themselves of what use you are to them. Enjoy your unemployment, presstitutes and whorespondents. All the hundreds of millions of dollars spent. All the patently absurd claims made against Trump. All the people who are going to end up in prison. All for nothing.

As for the world “leaders” who bought the corporate media propaganda, who couldn’t conceive that Donald Trump would ever be president (Canada’s celebrity prime minister Justin Trudeau, Boris Johnson, Angela Merkel, Benjamin Netanyahu and the rest of you globalist criminals: get out the extra-strength Listerine because here’s where you pucker up.)

To our American friends, Congratulations. Donald Trump’s victory would be a landslide majority had it not been for the election fraud and the illegal aliens. If you keep your word, Mr. Trump, or at least are allowed to keep your word, in four years every last liberal cockroach will be vanquished from the United States. And your humble correspondent will be proud to vote for your re-election.

Mr. Trump’s very first act of office needs to be to pardon Edward Snowden, Bradley “Chelsea” Manning and Julian Assange, and to send Air Force One to Moscow to bring Mr. Snowden home.