“Gentlemen! I too have been a close observer of the doings of the Bank of the United States. I have had men watching you for a long time, and am convinced that you have used the funds of the bank to speculate in the breadstuffs of the country. When you won, you divided the profits amongst you, and when you lost, you charged it to the bank. You tell me that if I take the deposits from the bank and annul its charter I shall ruin ten thousand families. That may be true, gentlemen, but that is your sin! Should I let you go on, you will ruin fifty thousand families, and that would be my sin! You are a den of vipers and thieves. I have determined to rout you out, and by the Eternal, (bringing his fist down on the table) I will rout you out!”
—Andrew Jackson 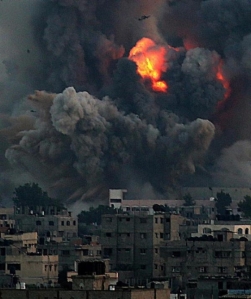 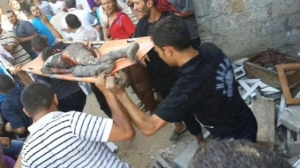 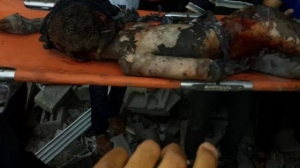 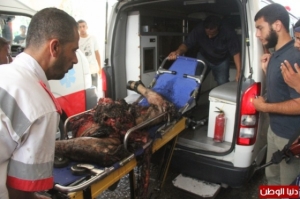 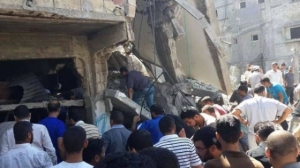 Photos from: http://www.WhatReallyHappened.com
___________________________________________________________________________
The only reason The Apartheid State is able to get away with atrocities normally attributed to circa-1940s Germany is because our governments (worldwide), financial, educational, media and entertainment institutions have been subverted. When allegations of human rights abuses in countries like Serbia, Afghanistan, Iraq, etc.,are made F-18s are promptly dispatched to bring freedom and democracy to the long suffering people.
But when The Apartheid State engages in horrors worse than what popular narratives tell us occurred seventy years ago, the answer is for politicians to stuff even more money – money stolen from us and our great, great, great, not-even-born-yet grandchildren – into those trans-Atlantic pneumatic tubes running from Ottawa, Washington and London and landing on the floor of the Knesset. And the bullshit media runs interference while they do it.
__________________________________________________________________________
kurt@infowars.com
.
Are you guys friggin’ kidding me?
.
I’m listening for a few hours on my blu-ray until Mike Rivero comes on over at RBN because a) I am bored and b) you folks do broadcast a nugget of truth. But Michelle Obama? Tranny?
.
No, let’s not talk about atrocities and war crimes in The Apartheid State. Funny how that happens quite a bit around there, isn’t it? This is exactly why I stopped sending money to A.J, stopped buying his merchandise and stopped doing business with Midas. I don’t remember the exact date, but it was three or four years ago. Around the same time you people banned any of my comments which put A.J.’s Apartheid State masters in a less than stellar light.
.
My complaint with Jones is not so much what he does broadcast, but what he leaves out. And what he does broadcast is discredited when he has kooks like Icke on. Jones is right. We have been subverted. We have been conquered. We have been looted. We do need to fight back. Whether it’s on the advice of his wife or his Bronfman lawyer, I’m not sure, but Jones conveniently leaves out who we have to fight back against. Hint (in no particular order): Alan Greenspan. Paul Volcker. Ben Bernanke. Tim Geithner. Jamie Dimon. Lloyd Blankfein. Janet Yellen. Mark Carney. Edgar Bronfman. George Soros. Henry Kissinger.  Rahm (He’s Not Washing The White House Floors Like An Arab) Emmanuel. Yeah, you think we might have a goddman problem somewhere here?
.
Since Jones claims to be such a big fan of George Washington, maybe he should do an expanded segment about how Washington and the other founding fathers were determined to keep the banksters of their day out of the United States of America. At any cost.
.
Apologists for the banksters sneer that when Andrew Jackson gave his Den of Vipers speech, it was blatant anti-semitism. Thus anyone who quotes that speech today is equally “anti-semitic.” If Jackson was, indeed, referring to the descendants of the ancient Khassars. then he was one hundred per cent bang on correct then, as would he be today.(Not sure how that relates to the semites, though since they have absolutely nothing to do with the Khassars).
.
But since A.J. said “his” operation costs over $500,000 a month, it’s not as if you need my support or business anyway. Besides, when StratFor’s got Jones’s back. my sending my little PayPal pittance is like sending coal to Newcastle.
.
I am utterly disappointed that Mike is moving back to G.C.N. But as I told him, he knows what’s best for him and his program. Not me.
.
I will continue to support R.B.N. and I will continue to support WhatReallyHappened.
.
But I will de damned if I will send another dime to Infowars.
.
Oh, by the way, have you noticed the bullshit media is doing shark attacks again? Just like they were doing, exactly 13 summers ago? I wonder if the next one will have Apartheid State nationals dancing in the streets of Newark just like that last one?
Loading Comments...