Nuttal and Korody had been found guilty of planting “pressure cooker bombs” on the grounds of the British Columbia legislature in Victoria on July 1, 2013.

Justice Catherine Bruce, of the British Columbia Supreme Court, concluded the pair had been entrapped and led along by the Royal Canadian Mounted Police. At its peak, over 240 mounties were involved in the five-month-long operation.

The mentally-ill, drug-addicted Muslim converts, who were kicked out of their own mosque due to their Imam’s concerns about them, lived in a sparse basement apartment in suburban Surrey.

Like so many spectacular arrests in the United States, media were invited to tour the couple’s apartment afterwards.

Justice Bruce said the pair “were marginalized people with no skill….their role in carrying out the plan was miniscule.” Bruce went on to say, “ this was a clear case of police-manufactured crime.”

Bruce went beyond denouncing the RCMP’s conduct, excoriating the mounties for illegal behaviour themselves which went above and beyond that of the accused couple.

“The defendants were the foot soldiers while the undercover officer was the leader of the group….the role police played is even more offensive because they violated the criminal code.”

“The world has enough terrorists, we do not need the police to create more,” Bruce said.

“The spectre of the defendants serving a life sentence for a crime that the police manufactured by exploiting their vulnerabilities, by instilling fear that they would be killed if they backed out … is offensive to our concept of fundamental justice.”

Among the RCMP’s enticements to the couple to follow through with the “attack” was an escape plan. And a job.

Outside the courthouse after Bruce’s decision was rendered, prosecutor Peter Eccles made known his disappointment with the decision. Referencing other suspicious “terror attacks” by other drug-addicted patsies, Eccles said, “ “These are two individuals who have the ideology, who have the motivation — because let’s face it, they did do it,” he said. “They are quite capable of committing murder for an ideological purpose which they were very keen to do.

No matter how angry you are, don’t get suckered into The enemy’s False Flag trap

…And if al-Qaeda were real, you would have car bombs exploding at israel-occupied Palestine checkpoints every day. “Al-Qaeda” doen’t even claim to be in occupied Palestine. A Texas man, Barry Bujol, was in e-mail contact with “al-Qaeda” in an effort to join their cause (at, their cause as he understood it.). If you are e-mailing al-Qaeda or Anonymous or Wikileaks and trying to officially join their cause, you might as well be e-mailing the C.I.A. or the F.B.I. itself. Furthermore, if the al-Qaeda “terrorists” are so stupid that their recruits are trying to join by e-mail, then we really have nothing to worry about in the first place.

In fact, in the United States, Canada and Britain, every single “terrorist” plot broken up by their respective state security services not only had informants in place, but used those informants and the resources of the state to move those plots along. And the only people that get fooled into participating in these plots are an overlapping group of teenagers, young adults, unemployed people, drug addicts and half-retards.

In Canada, the Royal Canadian Mounted Police are specialists in carrying out what they call “Mr. Big” operations. They can take months. Or years. They easily cost hundreds of thousands of dollars. Some have cost millions. The way it works, in a nutshell, is undercover police operatives gradually move you into their world with the final objective being for you to confess to a crime which you may or may not have committed. In the most complex operations, everyone around you in your life is a cop. When their targets are known to be alcoholics or drug addicts, supplying them with their favourite vice is a particularly useful tool to speed up the confession and make the arrest.

OTTAWA FALSE FLAG: ONCE AGAIN IT’S UP TO THE INDEPENDENT MEDIA TO CARRY THE WATER

When the FBI and the RCMP break up the contrived “terror plots,” the participants are always drug addicts or otherwise troubled young people. Just like our Mr. Bibeau. John Nuttall and Amanda Korody, the Vancouver-area couple charged with “plotting” to blow up the B.C. Legislature, were recovering drug addicts who were receiving methadone treatments from a neighborhood pharmacy. They lived in a basement apartment. They were jobless. Oh, yes, they were also Muslim converts. It is interesting to note that their local mosque had thrown them out because they were troublemakers. Nuttall and Korody were expressing sentiments which were sympathetic to al-Qaeda (which they apparently didn’t know was al-ciada).

We can be certain, however, that in this case and every plot that has been broken up, the public was never, ever in danger because as RCMP Deputy Commissioner Wayne Rideout said (referring to the Nuttall / Korody case): “(the RCMP used a variety of techniques to) monitor and control (the accused throughout their conspiracy)…the suspects were committed to acts of violence and discussed a wide variety of targets and techniques. In order to ensure public safety, we employed a variety of complex investigative and covert techniques to control any opportunity the suspects had to commit harm.” In other words, they have their man on the inside and won’t let things get out of hand. Unless, of course, they need to.

LettersToTheBeast offers this simple litmus test to determine whether a “terrorist” is a “real Muslim.” If they are drug addicts, either from illicit drugs like Korody and Nuttal or mind-frying SSRIs like Omar Mateen, they are probably not real Muslims. If they are going around town drinking and generally making exhibitions of themselves, as the purported “9/11 hijackers” were on the evening of September 10, 2001, then they are probably not real Muslims, either. One is then left to wonder…if they are devoted enough to their cause and their faith, to kill themselves and take as many as they can with them, why would they participate in such debauchery as to drink, smoke, consume drugs and fornicate? And if the perpetrator of such heinous crimes frequented homosexual night clubs such as The Pulse, his devotion to Islam had to be very questionable, at best.

Madam Justice Catherine Bruce has brought yet another “conspiracy theory” – in this case false flag terror – into the mainstream. Corporate Media has a lot of ‘splainin’ to do.

The Attorney General at the time the RCMP were attempting to carry out this terror plot was member of parliament Robert Nicholson (CON-Niagara Falls).

Needless to say, comments were disabled on most articles. 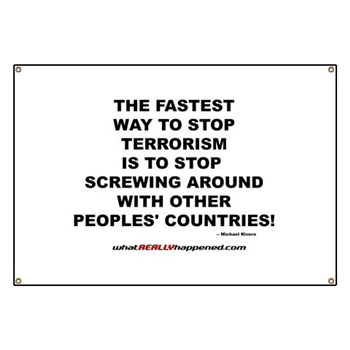