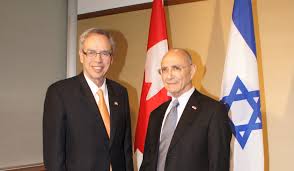 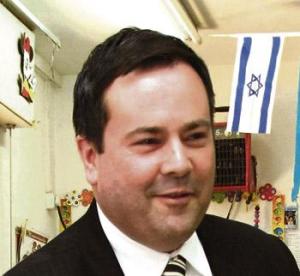 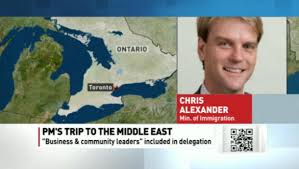 info@bankofcanada.ca>
Gentlemen:
It has come to my attention that elections will be held in israel on March 17 of this year.
.
I would like to suggest to you that this would be a perfect opportunity to express your collective “love for israel” (homage to Mr. Baird) by running for office in its Knesset. Given your selfless personal sacrifices on behalf of The Apartheid State, I can think of no better testament of your commitment to your masters than by becoming one with them.
.
By moving to israel and serving in their public office, and by taking as many of your like-minded colleagues as possible with you, this would also afford Canadians the unique opportunity to elect members of parliament who will truly represent the interests of Canada first, second and third. Yeah, Runciman, I know, I know. You’re not into the whole “election” and “working for the people” business any longer. But hear me out.
.
For many of you in the current regime, I believe serving as M.K.s would be a perfect fit. israeli voters have historically leaned towards psychopaths in their government. Frankly, most of you would be shoo-ins. If I were an israeli citizen, and I were inclined to have my country run by blood-thirsty, psychotic, pathological liars, I would vote for any one of you in a heartbeat.
I would be the first to admit that following in the footsteps of such great luminaries as Benjamin Netanyahu, Naftali Bennett,  Moshe Yaalon, Ariel Sharon, Golda Meir (“We can forgive the Arabs for killing our children. We cannot forgive them for forcing us to kill their children.”) and of course, David Ben Gurion (“We must use terror, assassination, intimidation, land confiscation, and the cutting of all social services to rid the Galilee of its Arab population.”) would not be easy.
.
Just think of how safe and secure you would all be in israel. All that tribute coming in from The Colonies. The israeli occupation forces (many of them Canadians, I understand) protecting you from those pesky brown people. A populace who has completely accepted the police state (you guys haven’t quite pulled that one over on us yet; you keep trying but you just can’t get it done). Police brutality without consequence. Seriously, guys, you haven’t lived until you’ve seen israeli cops at work. They don’t even have to bother with the “stop resisting!” mumbo jumbo.
And if a massive economic collapse happens – presumably brought upon by the one-and-a-half quadrillion dollars of worthless credit default swaps, J.P. Morgan being wiped out by demand for physical silver, countries demanding their gold (real gold, not the tungsten or lead stuff) back, the inability of the federal reserve to print any more paper and the world’s refusal to send back real goods and resources for that paper, the rest of the world being unwilling to accept the federal reserve and the U.S. government exporting inflation around the world, China pulling the plug on the U.S. credit card – do you really think that politicians such as yourselves who have been complicit in this system want to be around to feel the wrath of Canadians? I’m not saying this is going to happen in 2015, but I am cautiously optimistic the fraud will collapse sooner rather than later. As I have been for years now.
.
Fantino, you could even investigate the number of blacks who live in israel. Blacks living amongst whites in israel. Oh, the horror, Jules. Can you imagine? Next thing you know, women will be demanding to sit next to their husbands when they ride the city bus.
.
And MacKay, with all those spiffy new F-16s Obama has sent over, you could fly from Tel Aviv to Jerusalem in, like, five minutes. You could probably park one in your driveway.
.
Baird, all I can say is that when you move to Tel Aviv, oh, Boy! You’ll be like a kid in a hot tub store.
Of course, if the federal reserve finally goes Enron (like it should have, around the same time Enron did), I can’t think of any place you would rather be. I certainly can’t think of any place I would rather you be.
.
If exporting state-sponsored false-flag terrorism is your thing, then oh, man! You guys will be in your element!
.
Nicholson, you like spying? Well, get this! Every single byte the National Security Agency scoops up around the world ends up in israel. In fact, in many cases, israel actually supplies that data to the U.S., who act on it accordingly. Osirak? israel. Text messages to israeli nationals not to show up for work on September 11, 2001? Shame CNN never got any of those messages, eh, Bob? But I digress. Niger yellow cake? israel.  Assad gassed his own people? Yup. You guessed it. “Beheading” movies on the internet? Uh huh.  Call Rita Katz over at SITE. She’ll tell you all about it.
.
So, how about it, guys?
.
You are always crowing about israel. You carry out the wishes of its government and their nationals in this country. You have been slowly training Canadian police workers to behave like their israeli colleagues.  So why not formalize the arrangement?
.
As for we Canadians, your departure would allow us to bring about a full constitutional restoration in our country along with an honest banking and monetary system. Our teachers would be free to teach without fear of repercussions.

We could finally elect people whose only loyalty is to Canada by changing the law so that parliamentarians and civil servants actually swear an oath to Canada and Canadians, not the queen of England.

We might even get our cops to be our friends and neighbours again, and behave accordingly.
.
I wouldn’t presume to speak for my American friends, but I’m sure a significant segment of their population wouldn’t mind seeing their israel-firsters flee the District of Criminals either.
And, uh, if israel doesn’t work out, there’s always Mars. Or the Sun.
.
Think about it, gentlemen. But think quickly. I’m sick of the corruption, the criminality, the cronyism, the fraud,  the treason, the lies, the deception, the war mongering. I’m sick of all of you.