During my three-minute drive home from work each evening (I walk to work when the weather is nice), I sometimes listen to neo-con shill Michael Alan Weiner Savage. Mr. Savage-Weiner is on a tear when it comes to the eeeevil muslims. The recent shooting incident in Australia shows every sign of being very the same false flag as all the other ones (Ottawa, District of Criminals Naval Yards, Boston, Newtown, etc., etc., etc.).

Judging by the fact that Weiner’s ratings have plunged from 10-million listeners in 2009 to half that number today, it is fair to say that a growing number of people are wise to who the likes of Weiner are working for. While the quality of his advertisers has declined along with the ratings, that phenomenon is by no means confined to Weiner. Top-shelf neo-cons such as LImbaugh, Hannity, Savage-Weiner, Beck, etc, once counted blue-chip companies such as General Motors and Proctor and Gamble as their clients, they now flog “conspiracy” videos, precious metals boiler rooms and boner pills. Then there are the cures for diabetes and cancer. And don’t forget the work-at-home scams. In other words, Big Neo Con is now competing with Jewnstown for the same advertisers.

Curiously, the big neo-con talk radio shows devote a significant amount of advertising time to Ad Council (public service) advertisements. One wonders how a program can pay its spokesman tens of millions of dollars annually – one hundred million in Pills Limbaugh’s case – more money than paid advertising could even mathematically generate, and still be able to afford to run free spots. A conspiracy kook might even be forgiven for suspecting that millions of dollars was being funnelled through these ads in the guise of “public service.” Actually, my favorite one is “This Week at the F.B.I.” They were looking for some guy regarding a murder of a church in Montana. The federal bureau of incineration still haven’t prosecuted anyone for murder of 76 people at another church in Waco, Texas in 1993 so I don’t know why they are bothering with a penny-ante homicide in the Treasure State.

Goldman Sachs, J.P. Morgan, Hill and Knowlton (who, 25 years ago, brought you Nayirah al-Sabah’s tale about Iraqi soldiers throwing Kuwait babies on the floor and stealing the incubators, just to take you down memory lane) or the Council on Foreign Relations can’t very well run ads telling Limbaugh’s, Hannity’s or Weiner’s listeners what swell Joes those companies are. But run some ads featuring the vaunted FBI or Smokey the Bear? Now, that’s the ticket.

While I don’t spend a lot of time listening to neo-con talk radio, when I do, the kind of callers they get make me ask myself: how can anybody be that damned stupid? Then I think back to Premiere Radio Networks (who own Limbaugh, Hannity and George Noory among others; Weiner is owned by Cumulus). Several years ago, it was made public that Premiere was hiring actors to call into their programs. And they were also offering Premiere On Call to any show willing to pay, not just Premiere.

I’m not singling Weiner out here. Hannity is just as much as a fascist israel-firster as Weiner is. And Hannity isn’t even an israeli citizen. To his credit, Limbaugh doesn’t spend a whole lot of time doing the apartheid state’s laundry, but he is very much an agent for the banksters and the neo-con narrative.

On December 4, Savage Weiner was making known his disgust with the video which showed Eric Garner being murdered by Daniel Pantaleo, a New York City police worker. Weiner was all over the map that night. Castigating Pantaleo and his fellow NYPD employees, he was sure to keep up the “I support the police,” “you guys have a tough job,” hippies, commies, etc, narrative.  He also touched on other issues of police brutality while defending homicidal police worker Darren Wilson. Unfortunately, Weiner Savage never identified the two main causes of the explosion in brutality by police department employees: a) “training” (brainwashing) by outfits such as SPLC, ADL, AIPAC, etc and direct training in israel itself which has encouraged police workers to treat “citizens” the same way israeli police treat Palestinians and; b) veterans returning from Iraq and Afghanistan with their brains fried on SSRIs to keep them from having to deal with the war crimes they witnessed and / or participated in.

I have a message for Michael Savage Weiner and the rest of his neo-con ilk: not only are your lies a matter of public record, you risk being brought to justice in front of a future war crimes tribunal.

The “Sydney shooting” was a contrived false flag. Just as Ottawa was. And Newtown (couldn’t find a brown guy in all of New England, eh, Mike?). There was that “Via Rail / Amtrak plot” here in Niagara Falls that is certain to collapse once the role of the Royal Canadian Mounted Police and the federal bureau of incineration is exposed in open court. Umar Farouk Abdulmattalab was clearly walked around security (according to, among other witnesses, Kurt and Lori Haskel, a Detroit lawyer couple). Remember the one about that Iranian-American pothead used car dealer down in Texas who was plotting to kill the Saudi Ambassador to the U.S.? That one went down the memory hole in a hurry. How about those eeeeevil muslim terrorists Yousef al-Khattab (formerly Joseph Cohen), Adam Ghadan’s birthname is Adam Pearlman, Abu Tallhah al-Amrikee (ooooh, that’s a realllly scary name) had a less menacing name: Zachary Chesser. All former jews. Who just happened to become high-profile Muslim terrorists. But we’re not going to get into their former lives, are we Mike? Uh, no.

You, Weiner, will be proved a liar with regards to Malaysia Airlines Flight 17. “Russia” didn’t shoot down Flight 17 any more than it “grabbed” Crimea.

And let’s not forget: Anwar Awlaki, back when he was wanted as one of the “9/11 masterminds,” dined with senior military brass at the Pentagon.

Zio-media’s influence is slipping. And slipping fast. In fact, it has declined precipitously just since the October 22, 2014 homicide in Ottawa. Within just a few hours of that event, Google search results prominently featured sites which sought to ridicule “conspiracy theorists” and warn their readers of those tinfoil-hat wearing kooks and their “false flag!” cries. Such websites debunked “evidence” which hadn’t even been made public.  Today, when I typed in “Sydney False Flag” into Google, the first several pages were filled with results which led to pages which legitimately warned that a false flag was, indeed, the case.

When China and Russia finally pull the plug on The Dollar, israel is done. At least as a colonial power. AIPAC, ADL, SPLC, and the rest of the isralien special interests…bye, bye. All that money to buy up the b.s. media: gone. The federal reserve: gone. The District of Criminals hold on the rest of the United States and the world: history. If you don’t believe the collapse of the fraudulent federal reserve economy is inevitable, just as any of the gold bug boiler rooms advertising on Weiner. Or LImbaugh, Or Hannity. Or that overnight flying saucer show.

The end of the israelien empire will also mean the end of the government of israel paying college students in the apartheid state and abroad to spam newspaper comments boards with its propaganda. Similarly, the isralien government, the U.S. state department, the C.I.A. and other federal entities will not be able to fund any more voice actors to carry out their versions of Premiere On Call.

So keep telling those lies, Big Neo-Con. Keep being the apartheid state’s bitch. Your audience is declining. Your listeners that remain are greying. Listening to you is like watching old YouTube videos of Comical Ali over there in Baghdad (remember Weapons of Mass Destruction?).It would be funny had it not resulted in the deaths of millions.

See, Mike, this is what you don’t understand: most people don’t believe (and never did) that crushing someone’s genitals is an acceptable – and reliable – way of obtaining information. And you’re really not going to like this one, Weiner: more than half of Americans accept that the U.S government was complicit (or worse) in the “attacks” of September 11, 2001. I have news for you, Mike. Once your new world order collapses, the “9/11” story will collapse along with it. And when the world finds out who really did “9/11,” the apartheid state’s holohoax tribute from around the world will dry up to nothing.

I suppose it’s still an encouraging sign that Americans are still such a moral people that their government has to lie to them and conceal its torture, atrocities and other war crimes. Because D.C. fears that if it’s behavior was fully made public, nationwide anger (not to mention that of the rest of the planet) would threaten the very existence of the federal government.

These guys are totally desperate. And what their masters in Tel Aviv will do to try and maintain control is absolutely frightening. 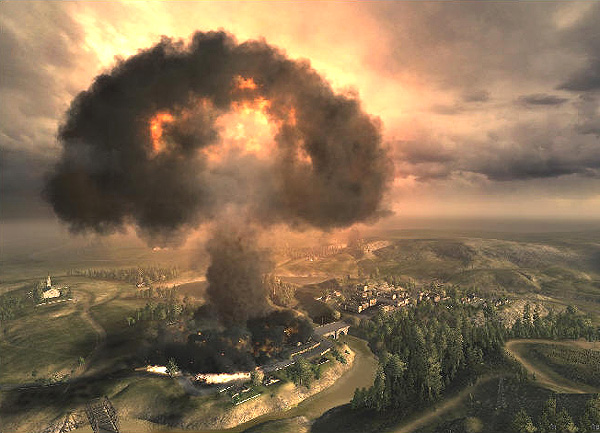