The presumptive GOP nominee trails Hillary Clinton by 6 per cent in weighted average of U.S. polls 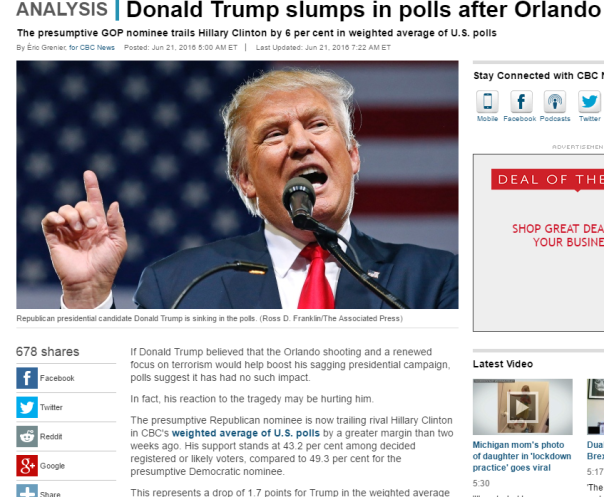 If Donald Trump believed that the Orlando shooting and a renewed focus on terrorism would help boost his sagging presidential campaign, polls suggest it has had no such impact.

In fact, his reaction to the tragedy may be hurting him.

The presumptive Republican nominee is now trailing rival Hillary Clinton in CBC’s weighted average of U.S. polls by a greater margin than two weeks ago. His support stands at 43.2 per cent among decided registered or likely voters, compared to 49.3 per cent for the presumptive Democratic nominee.

This represents a drop of 1.7 points for Trump in the weighted average of polls since June 8.

Trump’s campaign has taken a downward turn following his comments in the wake of the deadly shooting at a gay night club in Orlando, which was carried out by a man who reportedly pledged allegiance to ISIS in calls to 911. (Partial printed transcripts of his 911 calls were released this week.)

Somebody left a comment praising BBC, which of course stands for… 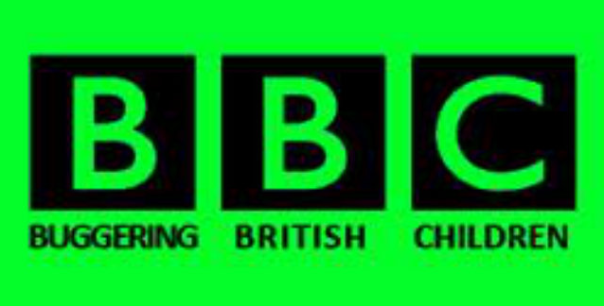 So your humble correspondent responded with a reminder of two inconvenient facts: 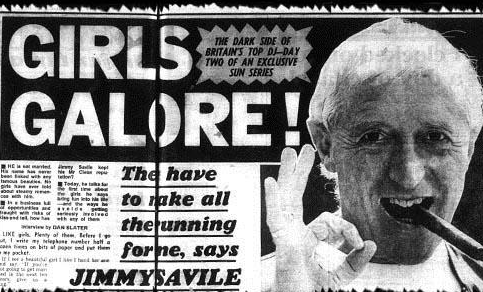 CBC and its ICUC censors jealously and zealously protect what’s left of the reputation of their counterparts in London. But like the Soviet censors of three decades ago, they are oblivious to the fact that everybody already knows. They reported on the collapse of World Trade Center Building Seven half-an-hour before it happened on September 11, 2001. While the building stood erect outside Jane Standley’s makeshift studio. AND…they kept a known pedophile and child molester on the payroll for DECADES.

Blocking my little post changes nothing. And it is insulting and laughable that they actually believe otherwise.

Seriously, do those rocket scientists in CBC’s I.T. department ever try visiting cbc.ca outside the confines of their Front Street bunker?