From the acid trip that is American gun culture comes a new and urgent concern: Should terror suspects be allowed to own guns?

On the face of it, the question is almost sublimely stupid.

And yet, it’s burning bright at the moment in America’s highly reactive polity.

Democrats on Capitol Hill staged a filibuster this week to force a vote on the subject.

And Donald Trump, who in the past few months has morphed into a pro-gun absolutist, suddenly has concerns, too.

The presumptive Republican presidential nominee tweeted: “I will be meeting with the NRA, who has endorsed me, about not allowing people on the terrorist watch list, or the no-fly list, to buy guns.” 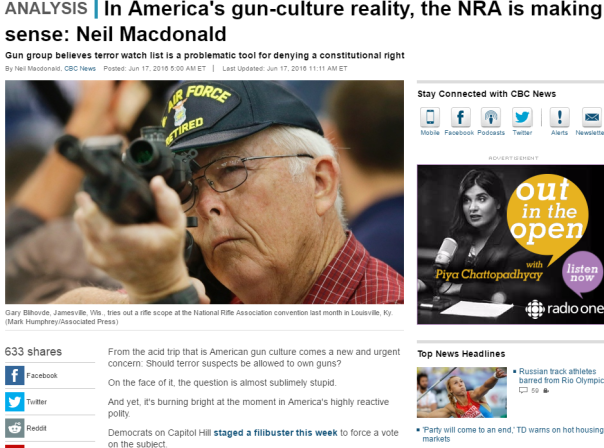