If I have to write to your office, and the other offices of your associated liars, israel-firsters and criminally-insane war-mongering psychopaths every day – even every hour – I will. I will keep writing if that’s what it takes to make sure you know your lies and your propaganda are not getting past me. Bob Nicholson’s receptionist told me to “write a letter” if I had a problem with him.

Your New World Order was defeated on global warming at Copenhagen. You were defeated on Piggy Flu. You have been defeated on numerous false attacks. We stopped war with Iran through the Bush regime and have – so far – similarly stopped it this far into the Obama regime. I will concede you got Libya past us. But the Libyans promptly kicked out your puppet government, relegating its “parliament” to a Greek-registered auto ferry. Now Libya is mired in civil war as Libyans are determined to kick out your New World Order. The lifespan of your narrative about Dr. Bashar al-Assad using chemical weapons (against his own supporters, on the very day U.N. Chemical weapons inspectors visited, no less) was measured with an egg timer.

You (and by “you” I mean not just yourself, but your friends in the U.S. Government and the Council on Foreign Relations among others), created “ISIS.” You used to call it the “Free Syrian Army.” They are an off-shoot of the al-qaeda (i.e. al-ciada, or “the toilet” if you are familiar with Arabic slang). ISIS has been described as even “too much for al-qaeda.” Uh, yeah. Right. Sure. Whatever. Even as the ISIS narrative is in high gear, the Obama regime has been arming “moderate” wings of the “Free Syrian Army.” And those arms have been promptly shipped to the ISIS bad guys.
Let me be blunt, Steve. You are a politician. All the people selling the latest war for israel are politicians. You guys lie. About everything. You think you are such accomplished liars that you lie about things you don’t have to lie about just so you can stay in practise. Why, even your last Supreme Court nominee was a liar. He lied about something he didn’t even have to lie about: he claimed he was drafted by the Detroit Red Wings when he was 14. Seriously, Steve? By the way, Steve, I want to thank you and Peter for royally pissing off the Supreme Court. At least I know they will go out their way to protect me from your fascists designs for the next year.

You have a few years on me, Steve. Torpedoes in the Gulf of Tonkin and the israeli attack on the U.S.S. Liberty are before my time. But I can assure you that I am old enough to remember, Osirak, israel faking radio signals resulting in the attack on Khadaffy’s compound, killing his five-year-old daughter (it takes a real manly man to kill a five-year-old doesn’t it Steve?). Iraqi soldiers throwing Kuwaiti babies out of incubators. Niger yellow cake. Chemical weapons laboratories that were actually fire trucks. And of course, the grand-daddy of them all: weapons of mass destruction. And those are just the exposed false flags that immediately come to mind. Adam Gadahn. Yousef al-Khattab were formerly Adam Pearlman and Joseph Cohen. Don’t forget Zachary Chesser. Now you have “al-Baghdadi,” formerly Simon Elliot, an israeli dual-national from London. You guys aren’t even trying any longer, Steve. If you’re going to lie to me, put some effort into it. Take Nariyha al-Sabah. Now that was an amazing performance, She even fooled me. Mind you, I was only 21 years old at the time. I understand they still give each other high-fives in the corridors of Hill and Knowlton.

More than half of our American friends (and I would wager a similar number of Canadians) accept that the U.S. government, among other governments, was complicit in – if not culpable for – the “attacks” of September 11, 2001 attacks on New York City, Pennsylvania and the District of Criminals. If We The People know you lied about 9/11, you don’t think we’re probably questioning what else you have lied about? Millions of people just might lose their fear of questioning World War II history if you’re not careful, Steve.

Syria was not an issue until you and your NWO friends sent in the “Free Syrian Army.” And the legitimate Syrian army promptly cleaned its clock. Your chemical weapons narrative didn’t work. Now you’re doing “beheading videos.” Interestingly, these movies are not released by “ISIS” itself but by some woman named Rita Katz, an israeli who runs the “SITE Intelligence Group.” She claims she “trolls” the “Muslim websites,” finds these videos and releases them before the “Muslims” themselves have a chance to do it. This makes absolutely no sense. Given the decades-long record of lie after lie after lie after lie after lie, I am inclined to conclude your friends in the N.W.O. are trying to pull the wool over our eyes again. Are the videos fake? Yes. Are those poor men portrayed in those videos dead? Yes, probably. But they didn’t die in the videos.

It’s also curious that when Britain said it was not going to be fully participating in this latest U.S. government adventure. So what is “ISIS’s” response? Cut off David Haines’s head. And make a video of it for Rita Katz to release (oops, scratch that Rita Katz part). Turkey refuses to allow the U.S. government access to its airspace in order to attack Syria. So what does “ISIS” do? Lob rockets across the border from Aleppo. Uh, yeah. Right, Steve. Your collective noses are so long I could hang my laundry off of them.
Then there’s Ukraine. Ever since your New World Order deposed the previous government, everything that has happened since has been lies and deceptions (by way of deception, thou shalt do war. I heard it somewhere). If so many people weren’t dying and suffering, it would be entertaining to watch as Vladimar Putin lets you guys in the N.W.O. tie your own nooses. How does that expression go: give a man enough rope…I heard that somewhere, too.

Now Steve, I know your New World Order friends need this war. The federal reserve needs this war. You need this war. israel needs this war. Any war. Desperately. Hell, I wouldn’t be surprised if you had us going to war with Scotland or Iceland next. After all, we all know how pissed off Jim Flaherty was with Iceland when they said, “no.” (“No? NO? The hell you mean, ‘NO?” You don’t get to say, “NO!” — Jim Flaherty and the I.M.F.ers)

The Federal Reserve Accounting Unit Dollar is in its death throes and as it thrashes around in violent spasms, hundreds of thousands of people – if not millions – are going to die.

I realize how imperative it is that dollar hegemony continue. After all, if The Dollar collapses, it’s going to take Goldman Sachs. J.P. Morgan and the other zombie banks with it. And you Likudniks up there in Ottawa won’t get your prized corporate directorships. So you have two deadlines Steve: the inevitable annihilation of your party and the one-and-a-half-quadrillion dollar derivatives collapse. The question is: which will happen first?

Then of course there’s your friends David Rockefeller and Henry Kissinger down there at the C.F.R. Time is running out for them, too. And I really want to see the New World Order destroyed, a worldwide constitutional restoration, and to see those sonsofbitches brought to The Hague before they die.

And worst of all, what is the government of israel going to do when The Dollar collapses and their client governments in Britain, Europe, Canada and of course the United States aren’t in a position to send them billions of dollars and euros in cash, missiles from the U.S., submarines from Germany (of all places)? Making peace with their neighbours and formally drawing their borders is likely to be a non-starter. As is arranging with Iran to turn that oil pipeline back on. Buying that newly-discovered gas from Gaza? Not gonna happen. Buying Litani River water from the government of Lebanon? Equally unlikely. I guess when israel throws the mother of all temper tantrums, we’ll find out just how many nukular bombs they really do have.

I don’t know what the government of israel and its operatives in North America promised you when you got sodomized, but as a Canadian, I am unwilling to pay the price.

It is a remarkable co-incidence that everybody worthy of having freedom, democracy, human rights and humanitarian assistance brought to them just happen to live on top of billions of barrels of oil. And those people live under governments who would rather not do business with The Dollar. A military intervention in North Korea, liberation of the gulags, clearing of the minefields and bulldozing of the barbed wire is a policy I would once have gotten behind. But there is no oil under the feet of the enslaved North Koreans. Too bad for them, eh, Steve?

Framing this latest conflict in any other way than a war for the banksters, big oil, the government of israel and its agents and nationals abroad is an affront to my intelligence and that of millions of Canadians.

Steve, when I see your picture, my mind places a chiron over your body that says, “He’s lying.” It really is too bad David Leisure is not Canadian because I would absolutely vote for him.

If you want endless wars for israel, then fine, Steve. Go there yourself and fight it. Same with Obama. Take your kids. Barry’s girls are approaching military age. Take Netenyahu with you, too. All you politicians who want war: you go and make war yourselves. You fight it and you pay for it. But leave us out of it.

I wish Russia and China would make that goddamned phone call, pull the plug on The Dollar and stop these wars dead.

P.S. Steve, I nearly forgot: One guy who wasn’t lying: General Wesley Clark. Seven countries. You are way behind schedule on Syria and Iran. 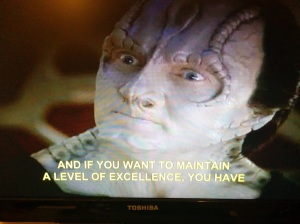