I’ll make this so simple that even you can understand it.

On this, the 13th anniversary of the “attacks” on New York City and Washington, District of Criminals (as well as the United States Air Force’s shoot-down of United Airlines flight 93), I am done being force fed your regime’s lies. I am done paying for endless wars for israel. I am done having war crimes committed in my name. I am done working for the banksters. I am done with the U.S. War of Terror.

Yesterday, I called your Niagara Falls constituency office and spoke to some woman who was so stupid she didn’t know where the Black Sea was. This, of course, was in regards to your temper tantrum regarding a Russian air force jet “buzzing” one of “our” (i.e. your) bathtubs. I asked her what would happen if a Russian destroyer happened to weigh anchor off of Port Dalhousie. “Oh,” she said, “that would be completely unacceptable.”

You, the New World Order regimes, started “Ukraine.” You overthrew the previous elected government because its president refused to be part of “Europe.” You call the decision of the Crimean people to return to Russia “Russian aggression.” You, personally, supplied the Ukrainian usurping regime with weapons and materiel.

You started ISIS, or IS, or IL or whatever it is you want to call it. You sent it into Libya. Then you sent it into Syria where it failed to complete its mission of overthrowing Assad. Then ISIS (formerly al-ciada) got uppity and decided to get rid of your puppet regime in Iraq.

And if you think I’m going to get all riled up about going to war against Syria on the basis of two fake S.I.T.E. videos depicting the decapitation of two israeli citizens, then you are absolutely delusional.

No, sir. I’m not buying the lies. I’m not going to “support our troops.” Grab a rifle, head over there yourself, take all of your fellow regime criminals with you. Don’t forget their kids. Remember, Harper and Flaherty’s kids are of military age. 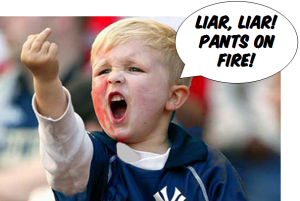 No more distractions from the disaster you have inflicted upon us with your bankster friends. 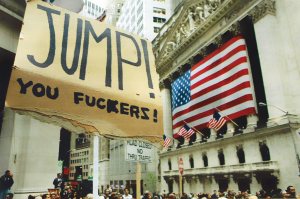 I am calling you out. Again. You are full of shit. And you are not fooling me.

I may not be able to stop you from your war mongering designs. No more than I can stop somebody from breaking into my car or my house. But I have it on pretty good authority that unlike Libya, Iraq, Syria and Iran, Russia and China really do have nukular bombs. Of course, who needs nukes when all they have to do is make a phone call? After all, that’s how the last war on Syria and Iran was averted.

I understand Russia now owes $250,000,000,000. That’s less than half of Canada’s official national debt. Or about the same amount that your regime has run up With nearly ten times our population. Not to rub salt in the wound, but that $250-bil that Russia owes is a fraction of Amerika’s annual deficit. And a piss in the ocean compared to its official national debt. See, Bob, that’s what happens when you kick out the oligarchs and put them in prison. Iceland did much the same thing. So, yeah, Bob. I’m sure Vladimir Putin is just quaking in his boots thinking about all the horrible things you, Steve and John are going to do to him.

What frightens me is just how far the New World Order is prepared to go to keep its one-and-a-half-quadrillion dollar derivatives scheme going just a bit longer. And what (with apologies to Peter van Loan) your “government” is going to “do to Canadians” on their behalf if they are unsuccessful. 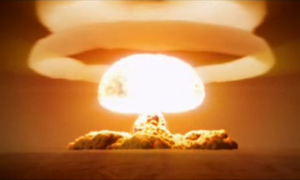 Also, Bob. I looked up the Crimes Against Humanity and War Crimes Act. In fact, I believe I even mailed you an excerpt of it regarding the genocide in Occupied Palestine. There’s no statute of limitations. You guys really should keep that in mind.

Nariyah al-Sabah: Kuwait babies being thrown out of incubators.

The Harper Regime: Russia shot down Flight 17. Russia is invading Ukraine (uh, no, Bob. If Russia did invade Ukraine, it would be occupying Kiev by now).

You’re not going to lie to me any more, Bob. No more fucking way. Got that, Bob? Canadians aren’t buying the bullshit. You can’t get away with it any longer.

And I say to all you criminal psychopaths up there in Ottawa, and all your New World Order friends in New York City, London and Tel Aviv: Fuck you, too.

P.S. Your receptionist told me you don’t do public meetings. What a pathetic coward you are. I guess we’re just expected to mindlessly vote for you. Oh, but she said I can always write a letter. And I am entitled to my opinion. Oh, that’s awfully big of her, Bob. We seriously need a constitutional restoration in this country. Or, at the very least, a credible opposition candidate.