‘There’s nothing easy about running for president,’ Trump says in victory speech after Republican primary

The usual CBC / ICUC censorship going on here when it comes to Hitlery. Complimenting her orange outfit, which she is quite fond of wearing (get used to it, honey!) and accurately quoting her infamous “We came, we saw, he died! Ha! Ha! Ha!” were killed before they lived. 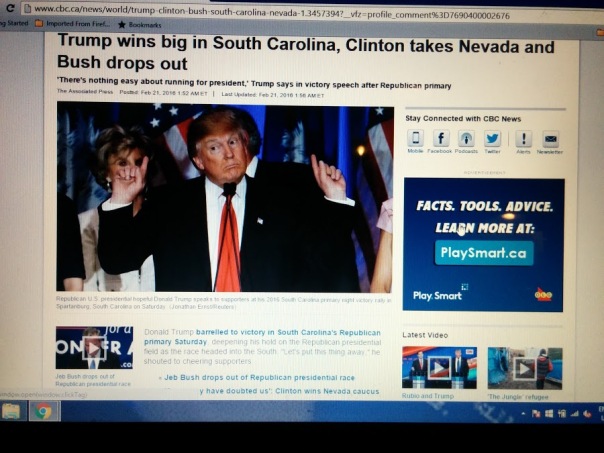