I was just wondering, among other blatant examples of your ICUC/Viafoura comments section censorship and memory holing, where quoting the former U.S. Secretary of State Hillary Clinton violates CBC’s Code of Conduct? Specifically, quoting her from 2011 when she said, “We came, we saw, he died! Ha ha ha!” I mean, it’s not as if I point out that Khadaffi was sodomized before his death and cut open with a knife during and after his death. While he was on his way to surrender to the U.S-backed conquerors.

I guess that falls under the obscure “Violates the moderator’s political sensitivities” section.

Also, in articles dealing with gun violence, why do comments referring to the type of medication the shooter (any shooter, any incident) may have been on get “disabled?” Is it a case of CBC protecting its Big Pharma sponsors, or ICUC acting in its capacity of “on-line reputation management” for its Big Pharma clients.

Referring to BBC’s reporting on the collapse of Building Seven on September 11, 2001 (specifically where Jane Staneley reported the building had collapsed into a pile of rubble while it was still standing visible on live television outside the window of her studio / hotel room? Oh, yeah. “Content Disabled.” 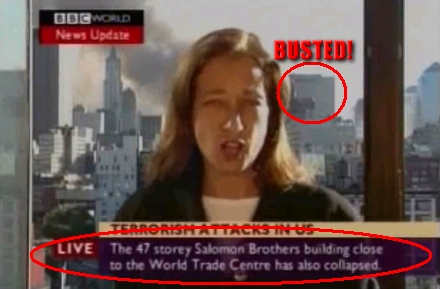 It really makes no difference, you know. I just take all of my comments you people have censored and put them up on my own website, http://www.LettersToTheBeast.com, to show the world how petty you and your legion of censors worldwide really are. You ought the read the comments I get! And, by the way, spam excepted, I don’t “disable” mine.

There are other websites collecting censored CBC comments as well. Censored for no other reason than they obviously offend the censor personally. On a political level.

You do realize I own part of CBC, don’t you? As does virtually everybody else who participates in the comments forum?